After watching the sunrise and having something to eat I headed to one of the main public bus stops in Playa Del Carmen to go check out a nearby sinkhole, Cristalino.
I had asked my Airbnb host about the best nearby sinkholes and how to get there. She was the one who recommended taking this bus, which was only about a 20 minute ride for 30 pesos. There were buses heading to Cancun, Tulum, etc. with many stops in between.

I took the bus towards Tulum and let the driver know I’d be getting off at Cenote Cristalino. Throughout the ride I also checked on google maps, just in case the driver forgot I would immediately know when I passed it. When I saw on google maps we were close I reminded the driver of where I wanted to get off and paid on my way out.
My Airbnb host had informed me that there were several sinkholes all within walking distance from each other but given the limited amount of time I had she recommended spending it at Cristalino (the one she considered to be the best). There are several signs from the main road directing you so they are all hard to miss, once you’re close by you’ll also see several workers at a close by booth.

At the booth you pay 150 pesos (price varies at each cenote) and they provide you a wristband, and a life vest there are also free restrooms and lockers if you need one. The cenote opens at 8am and like I headed over right after the sunrise I was the first person to arrive. Being there by myself allowed me to take undisturbed photos of the sinkhole.
The water was cold when first dipping in but diving definitely lets you warm up. It is also extremely clear, you can see the rocks far beneath the surface and the little fish that suck at dead skin cells. As time went on more people began arriving but it never felt over crowded. Given that there are so many throughout the country I would definitely recommend a relaxed morning at a sinkhole on your next trip to Mexico. 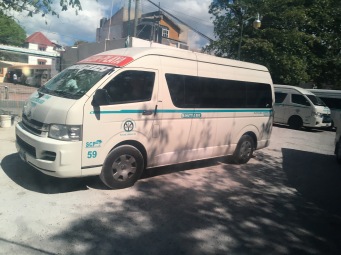 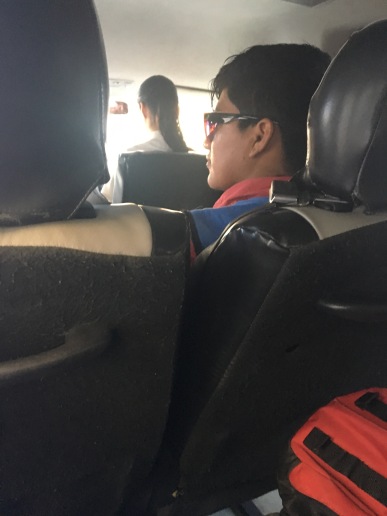 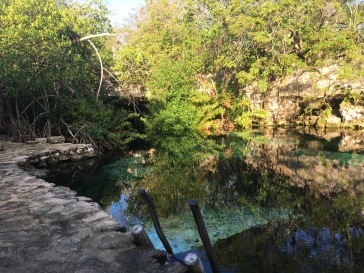 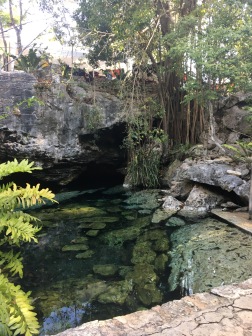